The International MMA Federation and KHK SPORTS host an annual tournament called the MMA Super Cup, which is contested by the top six countries in the IMMAF global rankings. This year, it will be held in Bahrain from March 7 to 12. After the IMMA Global Championships, teams must be rated in the Top 6 in the IMMAF senior world rankings to qualify for the MMA Super Cup, this time being Russia, Ukraine, Bahrain, Kazakhstan, Ireland, and Tajikistan. Ranking points earned at IMMAF continental and global championship tournaments are awarded to the top-ranked teams to see who the finest amateur MMA team is. In the knockout competition bracket, the team will be joined by two wildcards, the Balkan Champions, and the Arab Champions.

The MMA Super Cup is the next milestone in His Highness Shaikh Khaled bin Hamad al-mission Khalifa's to restructure the MMA sector, transforming it from an event company to a sports business with a new model and worldwide regulation and control. 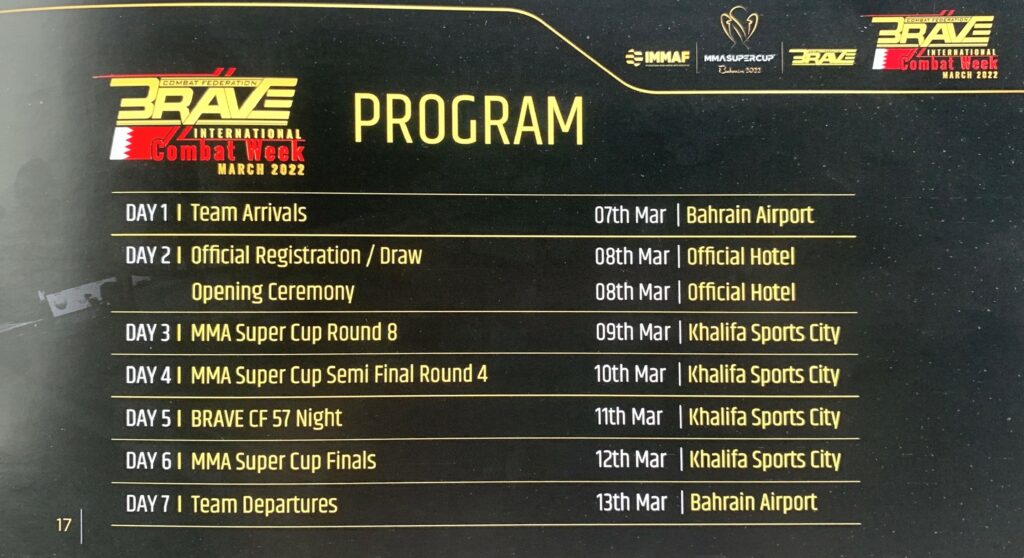 We can't wait to see this live happening in Bahrain!!!

Kuwait to exhibit the biggest design & construction expo in Jan 2022 While We Melt In The Heat, Ski Dubai Just Held The 2nd... SHOCKING : Virat Kohli Will Not Be India's T20 Captain... Doha all geared up to host Asian Artistic Gymnastics Championships Votes for parliamentary and municipal council seats were taken in a very smooth... Bahraini NFT artist got featured in Hypebeast which writes interesting stories for... Qataris, feel confident in one of these weapons- Shotgun, Air Pistol, Bow & Arrow,...